Home > Customer Service > News Updates > 2017 Articles > Commodore gets Stronger
Holden are pulling out all of the stops with the 2018 Commodore, it will be a top-of-the-line vehicle and known as a VXR Commodore not the usual SS. 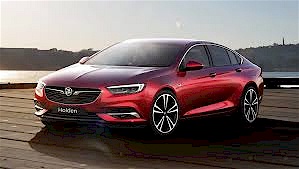 The engine will be a 3.6L V6 producing 235kW of power with a 9-speed transmission which comes with an adaptive all-wheel-drive system. Holden’s focus is on dynamic handling, efficient performance and impressive traction.

The Commodore VXR will show a different side to Holden’s performance capabilities while still linking back to almost 40 years of Holden Commodore developed improvements.

This Commodore will include some new features like Brembo brakes and a sports set-up with different driving modes and also features continuous damping control (CDC).

This generation of VXR Commodore offers a new level of performance compared to the outgoing SS according to Holden’s publicity.

The VRX Commodore will be on sale alongside the rest of the Commodore sedan range, with the Sport-wagon and Tourer body styles.