Home > Customer Service > News Updates > 2017 Articles > I.C. Engine Evolution
A 4-cylinder internal combustion engine that can dynamically change its compression ratio by altering the amount of fuel/air mixture it delivers to each cylinder. That’s been the dream of many car manufacturers and it looks like Nissan are about to introduce this concept to the market in 2018. 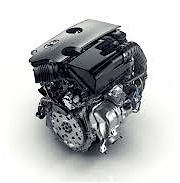 Talk is that it’s a 2.0L turbocharged 4-cylinder engine that Nissan is calling a VC-T (Variable Compression-Turbocharged) coming next year. This engine will allow for the compression ratio to be dynamically varied from between 8:1 and 14:1.

It is being described as having the ability to transform itself and effortlessly raise or lower the height the pistons reach. As a consequence, the displacement of the engine changes and the compression ratio can vary anywhere between 8:1 for high performance and 14:1 for best efficiency. The sophisticated engine control logic automatically applies the optimum ratio, depending on what each driving situation demands.

Nissan are saying the result of all this is an engine that gets 27% better fuel economy and performance that matches turbo-diesels in torque and is cheaper to build than the modern turbo-diesel engines. This could have the potential to replace diesel-powered vehicles and lower the cost for countries that rely on diesel fuel for most transport.

On the technical side we are told that the piston rod has a central pivoting multi-link that can change its angle, which in turn changes the effective length of the piston, which then affects the amount the piston moves in the cylinder and this is what changes the compression ratio.

An engine like this would be great in both power and efficiency because of its ability to dynamically adjust how it behaves. The engine will be officially revealed in September 2018 at the Paris Motor Show.