Believe it or not a story featured in the Australian media late in 2015 with the possibility that the Holden Commodore may continue to be made in South Australia for some time yet.

The State Government in South Australian is considering the merits of a Belgian entrepreneur who is planning to buy Holden's Elizabeth manufacturing plant once GM pulls out. His proposal is to continue to make Commodores and other vehicles at the site for some years to come. 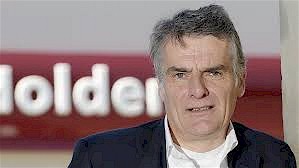 The Belgian entrepreneur is a Mr. Guido Dumarey, who turned around a failing General Motors transmission plant he purchased back in 2013. He’s been in talks with the Australian state and federal governments about taking over the Elizabeth plant.

Mr. Dumarey is looking to reach an agreement by mid-2016, in order to ensure a seamless transition of the plant operations once Holden stops its operation at the end of 2017. 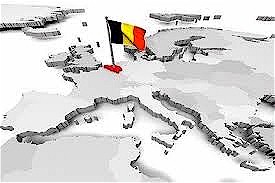 His business in Europe is the Punch Corporation and his initial plan involves contract car making for other manufacturers, including Holden with the Commodore and then building their own vehicles within five years or so. It is understood that at least $150 million would go into the project and he would also hope to retain the existing Holden work force.

Holden said that it would carefully assess the plans and Mr Christopher Pyne the minister for Industry, Innovation and Science is on record as seeing real possibilities for Punch Corporation at Elizabeth and will work with them to try to make it a reality. Pyne sites the lower Australian dollar making an export industry a possibility but the Punch Corporation must overcome obstacles with maintaining the Holden supply chain and securing its intellectual property for the future of the Commodore. 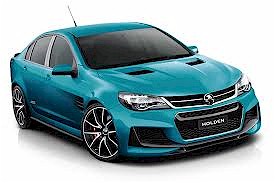 Mr. Dumarey has said that he has been looking at the GM plant in Elizabeth for some time and, based on his experience with reviving the GM transmissions plant, he could see a unique opportunity at Elizabeth to build a different but viable premium vehicle manufacturing and export business operation in Australia.

However the key issues will revolve around all the parties working quickly and cooperatively together. So far most statements from the key parties have been positive and open discussions are continuing with some urgency.

What is not known is the level of government funding the Punch Corporation would seek to maintain Elizabeth manufacturing operations from the $800 million Automotive Transformation Scheme, other than to say it must be correctly used.

The Strasbourg plant his company bought had been destined for closure, which would have seen 1,000 jobs lost. But GM provided purchase guarantees for the transmissions in the first two years and the plant is now heading towards employing 1350 workers with BMW and Audi some of its biggest customers.

The Australian Automotive Transformation Minister Mr Kyam Maher has confirmed that the government has met with Mr Dumarey and welcomes any sustainable proposals that would generate jobs for South Australia, especially those in the manufacturing sector. There is still a long, long way to go before this becomes a reality so lets keep an eye on this one.