Home > Customer Service > News Updates > 2016 Articles > The Last Falcon XR8
Ford dealers in Australia are cashing in with the last of the Ford Falcon that came off the assembly line in October 2016. The normal recommended retail price for the XR8 Sprint sedan is $60,000 in Australia and $63,500 in New Zealand. However some customers are paying $95,500 from Ford Dealers. Buyers are saying this is what you have to pay to secure a future classic.

The Ford Australia boss, Graeme Whickman, is reported saying it’s about supply and demand, Ford set a wholesale price and recommended retail price, but at the end of the day the dealer and the customer decide what the vehicle is going to be sold and bought for. 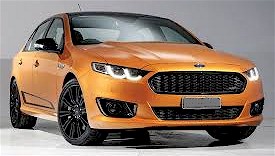 An article by News Corp Australia mentions that most of the Ford Falcon XR8 Sprint editions are being offered for sale online ranging from $10,000 to $30,000 more than the recommended retail price.

It seems the Ford Falcon XR8 Sprint has attracted so much hype because it is in fact a GT by another name. It has a supercharged V8 previously used in the Falcon GT, and the same race-bred performance brakes and comes equipped with Pirelli tyres making it one of the fastest and most capable Falcons ever.

It appears that some dealers must have held a secret stash to release to the market in the final days of production so they could inflate the price. In October there were at least 20 of the final Falcons available online but all with inflated prices.

Ford built 850 (750 for Australia, 100 for New Zealand). All 850 cars have been wholesaled to Ford dealers across the Australia and New Zealand and some dealers have been holding out to see who can get the most for the remaining cars. 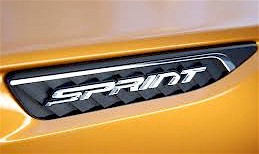