The Cascada - is it a Buick, Opel or Holden?
The Holden Cascada is here and on our streets and you should have spotted one by now. Actually, it’s a Buick Cascada with a Holden badge and the same in Europe will have an Opel badge.

This car has suffered some bad press America and they say it’s destined for seniors in the retirement belt, places like Florida. Maybe Tauranga is where they will be most popular in New Zealand. One thing they say about senior car-buyers is they do fewer comparison test-drives, often one or none at all. They might therefore be unaware just what they are letting themselves into with this new offering from Holden.

What are the facts? Reviews talk about the Cascada coming out of the old General Motors playbook. It’s a four-seater cabriolet that looks great and is built on the previous generation of GM’s front-drive Delta platform. The Holden Cascada has engineering-design roots that reach back as far as 2010.

The Cascada production has moved from Germany to Poland where the labour is a bit cheaper and the tooling has been around for a while and well paid for. 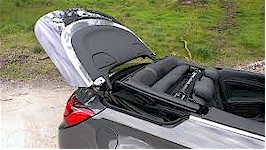 The pricing in New Zealand starts at around $42,000 and the car’s key feature is the convertible top, which works just fine, once you figure it all out.

The biggest issue with the soft-top is the weight of the structural reinforcements, including an underbody X-brace, a reinforced torsion box section in the rear, stronger side sills, and a welter of welds, gussets and brackets which all add to the weight. 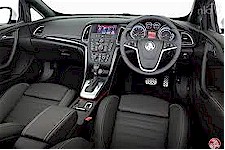 Actually the Holden Cascada has a curb weight listed at an outrageous 1,805 KG’s and under the hood is a 1.6L turbocharged, direct-injection in-line four, powering the front wheels through a somewhat dated six-speed automatic transmission.

Eighteen hundred plus kilograms powered by 125 kW’s equates to 14.44 kilograms per kilowatt. They are saying the Cascada comes off the line like a turtle rather than a hare. However it’s seats are very comfortable and are climate controlled with a heated steering wheel for those cold mornings.

Maybe this all points to the idea that this car is aimed at the senior market and destined to the retirement capital of New Zealand.