Ford announced in June 2016 that it exceeded the 1 million mark for Ford F-150 trucks with EcoBoost engines. EcoBoost engines have become the engine of choice for American consumers who buy the Ford’s biggest selling vehicle.

The introduction of Ford's EcoBoost engines was initially viewed as outside the normal or a risk when it was introduced in 2010 because most truck owners historically preferred the more powerful V8 power plant. 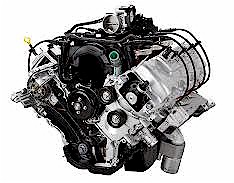 Ford’s story line with the EcoBoost technology has always been focused on fuel saving coupled with power. Today however, Ford's 2.7L V6 EcoBoost and the 3.5L V6 EcoBoost account for around 60% of F-150 sales with this engine technology evolving into a brand name all of its own.

Ford estimates F-150’s with EcoBoost engines will collectively save an estimated US$255 million over the course of a year if petrol prices remain at today's prices. Currently Americans pay the equivalent of NZ 0.81 cents per litre at the pump. 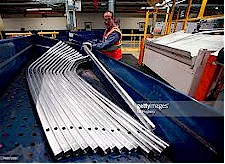 Ford say that they are proving that with advanced technologies like EcoBoost that uses very high strength military grade aluminum alloy in its construction, Ford will continue to outperform its competition by every measure.

Also Ford is planning to introduce a redesigned and even more powerful EcoBoost engine in the last part of 2016 and be available in its 2017 F-150 trucks.

Interesting enough, sales relating to hybrid and electric vehicles are falling in America, so the automakers like Ford and GM are planning to argue that they should get more credit for meeting fuel economy standards with conventional but super efficient technology like EcoBoost engines. Can’t argue with that line of thought.

Combined with the 3.5L version, the two EcoBoost engines have sold more than 300,000 units in 2016 alone. Ford is readjusting its expectations on when two million EcoBoost-powered F-150s will be reached pretty amazing for a pickup truck.