Home > Customer Service > News Updates > 2016 Articles > Electric Vehicles are for the Future
The electric vehicle industry is suffering currently from low global oil prices; a barrel of crude is about  $US35 currently, down from more than $US100 a year ago so why would you invest in an electric car? 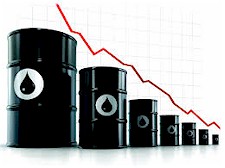 To prove the point sales of larger, heavier petrol and diesel powered SUV”s continue to be the hottest vehicles here and overseas flying out of showrooms at an ever increasing rate, compared to electric vehicles (EV’s) with sales dropping by as much as 4% in 2015.

However that trend will not last forever and even if oil prices remain low for some time the new market forecasts do paint a rosier picture for the future of EV’s. The prediction is that EV sales will rise from the 1% of the global market to 35% by 2040 or about 41 million cars in total.

Late in 2015 Ford announced it would increase its spending on EV’s to the tune of $4.5 billion US over the next 5 years. The challenge for the future of motoring isn't who provides the most technology in a vehicle but who best organizes that technology in a way that most excites and delights their car buying customers.

Frequent and slow charging has remained a major turn off for EV’s so if Ford can go someway to conquer this issue they may be on a winner. Ford is looking to introduce the new electric Focus by the end of 2016 and it will have the direct current (DC) fast-charge capability. It will be able to charge the vehicle to around 80% capacity in about 30 minutes, offering an estimated 160-kilometer range. That's about two hours faster than the current electric Focus. By comparison, Tesla's Supercharger technology can achieve an 80% vehicle charge in around 40 minutes, but with just a 30-minute charge the vehicle can travel about 270-kilometers. 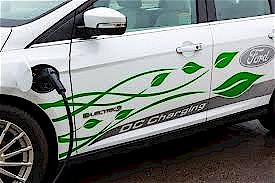 The new Electric Focus will have an unique smart instrument cluster developed for EV’s with multiple customizable displays that can help the driver see real-time EV power usage and help maximize the vehicle’s efficiency. Ford is planning to roll out no less than 13 new EV’s over that 5-year period. By 2020 Ford is predicting that 40% of its vehicles that it offers to customers will include EV models.

Brake Coach is yet another smart feature Ford will introduce in its new EV lineup. This will help coach the driver to use smooth braking to maximize the energy captured through the regenerative braking system. Regenerative braking systems recapture kinetic energy created when pressure is applied to a vehicle's disk brakes and convert it into electricity used to charge the vehicle's lithium-ion battery. The more energy a driver captures through braking, the more energy is returned to the vehicle's battery.

So as this technology improves and more EV’s are sold, the cost of the batteries will come down as will the overall cost of the EV. Ultimately the EV could become less expensive than the internal-combustion vehicle that we are so used to driving. The prediction is that between 2020 and 2030 we will see the EV out selling the internal combustion vehicle and costing less to buy and to run. Also the Chinese are likely to be the biggest EV customers.