Home > Customer Service > News Updates > 2016 Articles > Buick Envision
The latest addition to Buick’s lineup in China is a vehicle called the Envision, it’s a midsize crossover positioned between the Buick Encore and Enclave and is being launched because of the success of these vehicles in that part of the market. 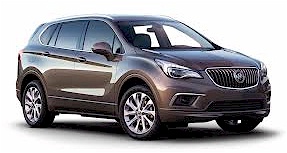 The Buick name and products are doing well in China, which is not going unnoticed by General Motors. While at the same time causing some discomfort to other car makers like Volkswagen, who have been in Chinese market selling cars a lot longer.

The Buick brand seems to be out selling Cadillac, the other GM brand offered to Chinese buyers. Could this point to a possibility that the Envision will be the first Chinese made Buick to be offered to other regions including New Zealand.

We have read that GM plans to introduce the Buick Envision in Europe rebadged as an Opel and in the UK as a Vauxhall and now we are reading that it could be here rebadged as a Holden.