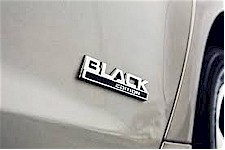 Holden New Zealand has released a very limited Black Edition Commodore and it will be restricted to just 130 vehicles made up of 90 SV6’s and 30 V8 SS sedans.

We seem to have a thing about the Holden Commodore especially one’s that have lots of new technology and special features. This version Commodore has featured a Head-Up Display and also been included in the SV6 model. 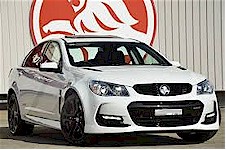 Other features include an integrated Sat-Nav system, 18-inch rims, fender vents, grill surround, daylight running lights, red contrast stitched seats and spoilers with a smart blackout styling. The Holden marketing talk is saying that this Commodore has real value with this model, which makes the new Commodore Black Edition an extremely attractive proposition.

Both models are fitted with the latest iteration of Holden’s MyLink infotainment set-up, with a full-colour touchscreen and features full smartphone connectivity including audio streaming over Bluetooth and an enhanced voice control system.

The Holden Commodore Black Edition effortlessly blends style with substance ensuring a drive experience at the top end for the best Commodore VFII.

The Commodore VFII SV6 and SS already had an impressive list of content including: Auto Park Assist, Rear View Camera with Reverse Traffic Alert, and MyLink infotainment system with an eight inch colour touch screen display, but the Black edition takes it a step further.

The Black Edition was on sale at the Holden stand during Fieldays in Hamilton last month. With only 130 cars available the price for the SV6 was $51,490 and the V8 SS at $59,490. The prediction from Holden was that these wouldn’t hang around too long.