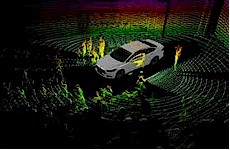 Most of the major car companies as well as Google & Apple are experimenting with some sort of autonomous vehicle; Ford has taken a step ahead of the pack with its autonomous Ford Fusion. It has successfully completed testing at Ford’s Arizona Proving Grounds with its LiDAR sensors that allows the car to see in total darkness.

The LiDAR sensor means the vehicle doesn’t need headlights to see, to navigate in the dark it generates more than 2.8 million pulses per second that maps the surrounding terrain through infrared light. Ford then uses 3D maps that give information back about the road, markings, signs, geography, landmarks, buildings and trees; the data from LiDAR is used to point the car’s location on that map. 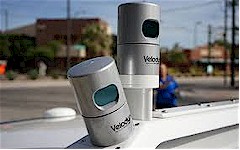 Ford also covered the interior lights, making sure that minimal light was available and would not interfere with the experiment. Ford engineers monitored the test by staying in the dark with night goggles both in and out of the car. The engineers said that the test was successful and Ford believes that its autonomous car is now safer for driving in dark as compared to human drivers.

Given that most night road accidents are caused by a lack of visibility, Ford has marked itself a significant achievement with the newly developed LiDAR sensors.

According to a study of the American, National Highway Safety

Administration, almost 50% of vehicle accidents occur at nighttime, even though most of the commute in rush hour takes place in daytime.

As far as Google is concerned they aren’t too far behind in this space, as its driverless cars are being tested and the tech giant recently expanded its test programming to Phoenix as well. The company believes its autonomous cars will be out in the market by 2019.