Home > Customer Service > News Updates > 2016 Articles > Australian Designer
Holden car designer Michael Simcoe has been named the new Vice President of GM Global Design. Michael Simcoe is an Australian designer who has been with the Holden since 1983. Simcoe was recently in charge of the

Simcoe will replace GM Design chief Ed Welburn, who announced his retirement taking effect on 1 July 2016, following a 44-year career with GM. Welburn at 65, has been celebrated inside and outside the industry for his extraordinary achievements and has led GM Design since 2003, and globally since 2005.

GM Design is among the most respected and sought after organizations in the auto industry because of its creative, inclusive and customer-focused culture among the team of designers. Under Ed Welburn’s leadership, GM has built a network of 10 design centers in seven different countries. 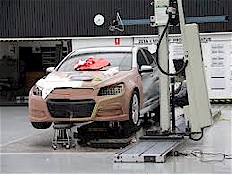 There is a team of more than 2,500 creative men and women based in the U.S., Germany, South Korea, China, Australia, Brazil and India who collaborate on the design and development of every GM concept and production car, truck and crossover vehicle around the globe.

Simcoe will relocate to Detroit and become the company’s seventh design leader, and the first non-American to hold this position. Simcoe has been in his current role since 2014, overseeing GM’s production and advanced studios in Korea, Australia and India. He is known for applying global design excellence and creativity to the company’s distinct brands. 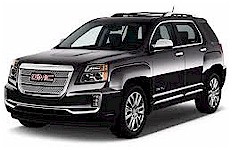 He joined GM in 1983 as a designer at Holden in Australia, and is Holden’s brand champion. In 1995, he became director of Design for GM Asia Pacific and in 2003, was named executive director of Asia Pacific Design and led the development of the new GM Korea design operations under Welburn’s leadership.
The following year, he became executive director of North American Exterior Design, responsible for critical and commercial successes like the GMC Terrain, Buick LaCrosse, Chevrolet Camaro, Equinox and Cadillac CTS.
May 2016