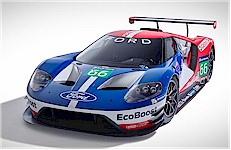 Of course Ford went on to win at LeMans in 1967, 1968 and 1969. Ford is saying that the 2016 car will run the full FIA World Endurance Championship and TUDOR United SportsCar Championship schedule next year, beginning with the Rolex 24 at Daytona in January, and leading up to a four-car effort at Le Mans in 2016. Chip Ganassi Racing will operate the Ford teams. 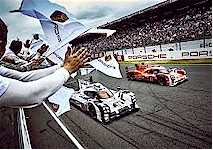 The 3.5L EcoBoost V6 that will power the Ford GT has been undergoing racing development since 2014, when it debuted in the TUDOR United SportsCar Championship. This EcoBoost engine has also secured victories at the 12 Hours of Sebring and the Rolex 24 at Daytona.

Chip Ganassi was reported saying that he had won races and championships, but we've never run at Le Mans. When he was presented with the opportunity to compete with the new Ford GT on the world's biggest sports car stage, and on the 50th anniversary of one of the most storied victories in racing history, he stated, how could any race team not want to be part of that?