Home > Customer Service > News Updates > 2015 Articles > The New Astra
The Holden Astra is making a come back in 2015 and should be showing up at Holden dealers any time soon. Of course it’s a rebadged German Opel but prepared with us in mind, or so they say. Holden officially announced that the 2015 Holden Astra has launched as an affordable performance vehicle and production has been underway for a few months now.

Holden has been clear, Astra is certainly part of the future product portfolio, but they are a little way away from defining what the line-up will be.

Joining the Astra will be couple of names we haven’t seen before in New Zealand. They are the Holden Cascada convertible and the Holden Insignia sedan. The language that Holden is using no doubt looks to justify GM’s decision to stop Australian production. They say they have an “ongoing commitment to sourcing the best vehicles from around the world”. They also argue “Holden took an important step forward” with their announcement that there will be 3 European-sourced vehicles to join Holden’s line-up in this part of the world. 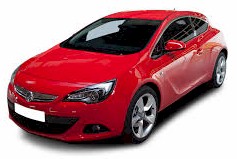 The Holden Astra hatch will be seen as a GTC, GTC Sport and a VXR performance version. The Astra nameplate can be traced back to mid 90’s and the reintroduction of the Astra promises to reinvigorate a love affair for those seeking refined, European performance. The Astra will be sold with a 1.6L turbocharged four-cylinder and a 2.0L turbocharged four-cylinder inside the top of the range Astra VXR.

The VXR does have a few hot-hatch add-ons including 20-inch alloy wheels, a VXR sports body kit, alloy sports pedals and VXR steering wheel. However the Astra GTC and GTC Sport offer plenty of cool features like Sportec bolstered seats and a bunch of tech connectivity with Holden MyLink.

The Astra will be crucial for Holden in New Zealand and Australia and is seen as a bid to win back buyers who’ve defected to other vehicle brands. Around 15% of all cars on Australian roads are Holdens, but the company’s share of new-car sales has slipped to less than 10% of the total market over the last year. However Holden’s engineering division has been given a major boost with confirmation that GM will not sell its historic Lang Lang proving ground and test track just out of Melbourne.

This facility is about 95km south-east of Melbourne and includes a 4.7Km banked test track oval for high-speed testing, a giant skid pan, and 44Km of sealed and lose metal roads that imitate everyday driving conditions, including train lines.

Every Holden introduced since 1958 has been tested and developed at this site, but it was nearly sold during the Global Financial Crisis in 2009. Interest was expressed in buying the Holden test facility but in the end GM said it wasn’t for sale. Holden currently employs around 180 engineers at the test track and 140 designers at its Port Melbourne headquarters and these guys will most likely stay around for the new Holdens.