Home > Customer Service > News Updates > 2015 Articles > We Still Love to Drive
Are you in need of any proof that cars are being built to drive? Well Ford is doing the right thing with the latest Focus RS along with a bunch of other performance cars. 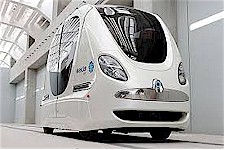 Currently there are lots of stories floating around about driverless vehicles but the thing everyone is forgetting is that some of us still love to drive. Ford is working on delivering a bunch of “love to drive” new performance vehicles for enthusiasts around the world with the introduction of a new global Ford Performance team.

Back in the picture is an all-new Focus RS, which builds on a pedigree of driving excellence dating back over 45 years. It will join Ford’s existing performance lineup, including the Fiesta ST and Focus ST available in NZ and the Shelby GT350 Mustang and the F-150 Raptor on sale in the US.

This Ford Performance team will be an amalgamation of the Ford SVT, Team RS and Ford Racing and will operate as a global innovative development workshop to create performance vehicles for its existing customers and work to attract new Ford customers. Ford is reported as saying that they are committed to innovation through performance allowing them to quickly introduce performance products and accessories to the global “love to drive” market for both the road and track.

The proof, they say is in the eating so since 2009 Ford is seeing performance vehicle sales growing around the world with sales up 70% in the US and 14% in Europe. Ford’s ST lineup is attracting younger buyers who “love to drive” and figures in the US show that more than 65% of ST customers are coming from outside the Ford brand, and more than 50% of Ford performance vehicle owners’ next vehicle purchase is still a Ford.

Millennials (a person reaching young adulthood around the year 2000) are buying ST vehicles at twice the rate of other Ford-branded vehicles. Providing the power for these performance vehicles like the Fiesta ST and the Focus ST is the award-winning EcoBoost engine. Since the introduction of this innovative engine about 6 years ago, Ford has produced over 2 million EcoBoost engines globally.

The EcoBoost story is becoming an excellent example of how innovative technology combined with performance and creativity produces vehicles that we “love to drive”. 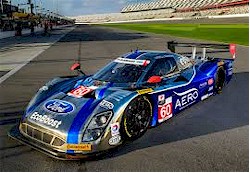 A US example of this is the 3.5L EcoBoost engine in the IMSA TUDOR Championship series powering a record-setting Daytona racing prototype sports car, as well as regular Ford cars, trucks and utility vehicles. 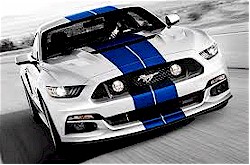 Another case of this technology transfer can be found in the recently revealed Shelby GT350 Mustang, which goes on sale in 2015 in the US and Canada. Aerodynamic innovations developed through Ford’s investment in racing were applied to the front end helping improve down-force in the car as well as better cooling. Lets hope that Ford continue to develop and sell more performance based vehicles that we can enjoy driving for many years to come.
February 2015