Home > Customer Service > News Updates > 2015 Articles > Commodore wins at Bathurst
The Red Bull VF Commodore driven by Craig Lowndes & Steven Richards won the Bathurst 1000 title for 2015 by holding off the rest of the field in a dramatic race at Mount Panorama. 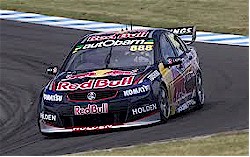 He finished ahead of the second-placed Ford Falcon driven by Mark Winterbottom and another Commodore driven by Garth Tander. By winning in 2015 Lowndes now joins Larry Perkins and Mark Skaife on the all-time Bathurst leaderboard with a total of six wins at the big race. 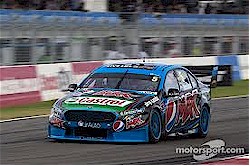 Lowndes was reported saying that the Commodore got better as the day went on and he also paid tribute to Richo, Richards and Red Bull Racing who collectivaly did a fantasic job in getting the Commodore over the finish line.

Lowndes and Richards now have 10 Bathurst titles between the two of them when you add up the results over the years. 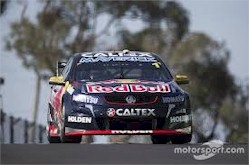 A mistake costing the Commodore, driven by Jamie Whincup, a potential victory for the second year running happened when he overtook the safety car with 20 laps to the finish line. This forced a drive-through penalty that saw Whincup moved to the back of the field.

Whincup and Paul Dumbrell had led for the majority of the race until David Reynolds, then Lowndes, overtook the Commodore before Lowndes took the outright lead in a superb duel with Reynolds with 40 laps to go.

Then it got interesting with the leading four drivers bunched up, until Scott Pye rammed into a barrier after being too quick in a corner. This brought out the safety car with Reynolds,

Winterbottom and Lowndes used this opportunity to visit pit lane while Whincup stayed on the track. Whincup then pitted a lap later allowing Lowndes to assume the lead and the rest is history.

Winterbottom's second-place finish was a remarkable fight back, having sustained two black flag penalties during the race.

He was the Red Bull Racing team winner for the 2013 Bathurst 1000 race and the team had already lost their 2014 defending champion Chaz Mostert with a broken leg and wrist in a crash during qualifying.

Winterbottom had suffered electrical problems that affected his brake lights on the race day but he hung on in there to fight it out in the final stages. The team needed all the momentum he could find heading in to the next round of V8 Supercar racing at the Gold Coast 600 Enduro on October 23.