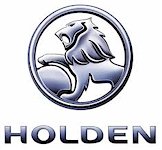 It’s difficult to know what will happen to the Australian Vehicle Industry once Ford and Holden stop making cars in Australia within the next 3 years. As they say, the road to demise is often paved with good intention. Could this be different for Ford and Holden? 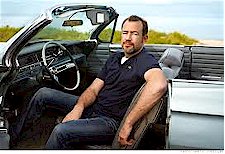 However, General Motors’ Daniel Ammann talked about a long-term commitment to the Holden Brand and stated that there’s no possibility the Chevrolet name replacing the Holden badge. He has also renewed his commitment to the right Holden vehicles for the New Zealand and Australian markets for today and into the future.

It’s a commitment that seems to be backed by Alan Batey, the former Holden Managing Director and currently the General Motors North American President. He said that Holden was such a strong brand and although the manufacturing will be moved out of Australia the Holden brand will stay around. The brand is Australian so it makes no commercial sense to put the Chevrolet name on Holden vehicles, he went on to say. This seems to point to the Holden name continuing on after 2017 although not Australian made.

Both Ammann and Batey are saying that it’s too early to tell if there will be any buyer backlash related to the negative reporting around Holden’s local manufacturing withdrawal announcement. Ammann is laying most of the blame at the consumers for the demise of locally manufactured cars, saying that customers have voted with their wallets. The evidence does back this up in that the share of locally manufactured Australian Fords and Holden’s sold in the market are currently at an all time low. Is this a departure from the traditional Australian Ford and Holden or do we have more competition from the other players in the market?

There are big changes in the whole automotive industry, larger automakers are moving from a primarily manufacturing base to a global centralized approach. Importing from cheaper manufacturing centers is the future. This is already being driven by consumers in Australia and New Zealand with what they want to buy and what they are prepared to pay.

Dan Ammann described the loss of the local Holden engineering facility as a decision designed to go back to overall optimising of the engineering operations on a global basis and to achieve maximum efficiency and maximum global linkage. He was also quick to add that offering Australian skilled engineers jobs globally is a possibility. Does this mean that GM will be using the Australian engineers to build cars for the rest of the world? I guess time will tell. 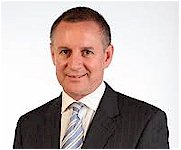 What about the political leaders?
South Australian Premier Jay Weatherill seems to be the most vocal and is talking about this decision being a “black day for South Australia”. He is committed to standing by the Holden workers, their families and the people of the northern suburbs. He estimates that this will impact up to 13,000 jobs for South Australia. He is also condemning the Prime Minister Tony Abbott for failing to support South Australia after the Rudd Labour Government had agreed to pour in more cash.

Holden had made it abundantly clear that if the support committed by the previous federal Labor Government remained on the table it would have stayed in Australia. But by cutting the funding and by attacking Holden, Tony Abbott and his Coalition Government have forced Holden out of Australia according to Weatherill.

Listening to all those comments we think that the Holden Badged vehicles will continue on after 2017. We also think that Holden vehicles will be designed and engineered by Australians but manufactured in other parts of the globe. The same is also true for Ford, however the big question yet to be fully answered is what will happen to the Falcon and Commodore name plates?