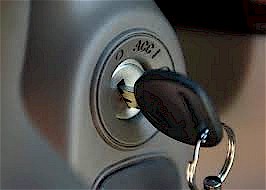 General Motors is attempting to explain why it ignored the fatal defective ignition switch for 13 years. They have tabled an internal audit and it’s there that you discover a GM culture that hasn’t been all that helpful. They talk about the GM nod and salute, the nod is when everyone nods in agreement and then does nothing and the salute is when someone crosses their arms and points both fingers in opposite directions to say it’s not my problem it's someone else's.

Apparently the audit also says, it's not the CEO or the top executives fault. This could be believable, given that departments and individual engineers were allowed to make major decisions without any account for their actions. The Ignition Switch part change and follow-up smokescreens also blocked other GM staff from figuring out the depth of the problem from the very beginning. They were seriously incompetent in researching their own documents and understanding how their vehicles actually worked. 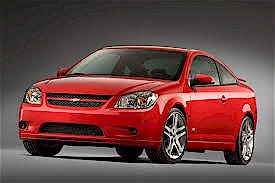 The audit although done internally, highlighted in over 300 pages the failures and hazardous business practices that took place at GM during the period of that faulty ignition switch. It attempted to explain the inaction behind that one faulty part that led the company to recall 2.6 million vehicles and face billions of dollars in repair costs and legal action. It was actioned only after outside agencies had completed two congressional panels, a Justice Department criminal probe and a record $35 million fine levied by the American National Highway Traffic Safety Administration.

Seemingly the audit only really addressed the faulty processes around the one vehicle platform and its related models and the current CEO at GM is assuring shareholders that there has been changes made that were recommended by the report. However there seems to be no guarantee that other GM vehicles, despite the automaker's flood of recalls in 2014, haven't also been affected by these sloppy or hazardous business practices.

It appears that this problem was first discovered and figured out by everyone other than GM. Back in 2007 separate studies of the Chevrolet Cobalt crashes conducted by police concluded that the Airbags had failed to deploy and
a US University came to a similar conclusion in that the ignition key had slid to the accessory position. In a separate case a closer inspection from a lawyer discovered different sized springs in different cars of the same model.

For some reason GM investigators had never looked closely inside the switches, unlike the lawyer from Georgia in 2013 who had put two identical Cobalt ignition switches under an X-ray and discovered a different size spring inside each ignition. The one with the longer spring turns out to be the solution that GM was implementing and the one it had already started to use in 2006 after a GM engineer made an undisclosed part change. They never saw the police report until 2014 and they also failed to believe the US University report.

The ignition switch engineer, a 23-year veteran, who was responsible for the smaller faulty spring in the ignition switch has now been fired along with 14 other people and another five people have been disciplined. In this audit and under oath, the lead switch engineer claimed that he didn’t remember anything relating to the faulty ignition spring. His memory failure included the following:
Apparently GM engineers believed that stalling was a perfectly safe process for a vehicle to perform. According to reports they confirm that time and time again the engineers, lawyers and executives classified these vehicle stalls and loose ignition switches as a customer convenience issue. GM never issued a safety recall and the problem was never increased beyond a few settlements because it was always downplayed from the beginning.