It was expected that the performance HSV brand would disappear from the landscape once Holden ceased manufacturing operations in Australia after 2016.

However it looks like it may continue on now it’s been announced that Joel Stoddart has been re-hired following a 12-month absence building caravans. This is leading to rumors that HSV may have something new planned that doesn’t involve a Holden Commodore. 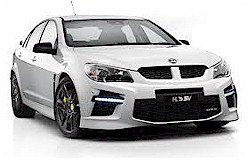 Joel Stoddart has a history of overseeing the development and engineering of fast vehicles. He masterminded the development of the Holden HSV GTS, which became the fastest and most powerful car ever to come out from Australia and has been involved with many other hot versions of the Commodore. 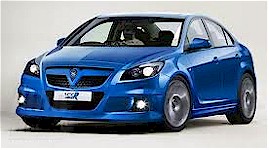 However this time around there will be no Commodores to work with so what new vehicle will Stoddart and his team work on? We have seen some speculation that Holden’s performance car division has been testing an Opel Insignia VXR. This has a twin turbo 2.8L V6 engine leading to even more speculation that this vehicle or one similar will be HSV’s next hot Holden.

We are hearing more and more from GM Holden about what vehicles we will see being offered to the Australian and New Zealand markets wearing the Holden badge. It seems that most money is on Opel returning as rebadged Holdens. HSV maybe looking to provide performance versions of smaller turbocharged vehicles like the Opel Astra, Insignia and Cascada.

Holden currently doesn’t have a V8 confirmed for its lineup once the Australian Commodore goes out of production however with the return of Joel Stoddart to HSV it’s a serious indication that it has plans beyond the previous Australian manufactured vehicles.

For more that 25-years HSV has built its business on fine-tuning the suspension and engines of V8 Holden Commodores, which is why there was a question about what HSV would do once Holden finishes the Commodore and begins importing front-wheel-drive four-cylinder and V6 sedans. HSV is saying it can work with any part of the vehicle development business so look out for a hot HSV Opel before to long.