Home > Customer Service > News Updates > 2014 Articles > Ford Vehicles for Australia & N.Z.
Ford is lining up the cars it plans to sell in Australia and New Zealand after they stop manufacturing in 2016. There will be an acceleration of new vehicle launches that will revive its entire line-up by 2017. It’s made up of 11 global vehicles including the Australian designed seven-seat Everest to go along side the other SUV’s like the Kuga, Territory and the new Ecosport.
Other Ford vehicles in the line up include the Fiesta, Focus, Mondeo, Ranger and Transit and don’t forget the 2014 Falcon and the iconic Mustang.
Ford is also showing what the new Fiesta, Fiesta ST, Mondeo hatch & wagon and EcoSport will look like. They also have the new Transit Custom as well as a heavy duty Transit Cargo version. Both are global vehicles packed with new technology. Ford is hoping to take the van market in a new direction with purpose-built applications for the ultimate in capability.

New technologies coming from Ford include the family-friendly MyKey to be introduced into the new Fiesta ST by September and the new rear inflatable seatbelts to be introduced in the 2014 Mondeo. MyKey is the ability to set parental controls within the menu of the cars computer. This will be complemented by other new technologies, including EcoBoost engines, SYNC™ in-car connectivity and AppLink.

Apps available for Ford AppLink™ in the Asia Pacific region and in Australia and New Zealand will mark new ways for drivers to bring their favourite smartphone apps into their vehicles via voice commands.

The new Fiesta will give drivers a connected environment and an enjoyable driving experience. Ford SYNC debuts on Fiesta and is now available across the Fiesta range. It offers hands-free, voice-activated in-car connectivity with compatible mobile phones and media players including Bluetooth®1 hands-free and music streaming.

The second half of 2014 will see the release of the new Mondeo offering a new design and a premium-level of interior layout. This vehicle is built on Ford’s global CD-segment platform; the new version of Ford’s medium car will be available in a five-door or a wagon style. Ford has also confirmed that the powerful and efficient EcoBoost petrol engine will be available for the Mondeo, including the 1.5-litre version, which should deliver lower operating costs. It will also be available with the Duratorq turbo-diesel 2.0-litre TDCi. 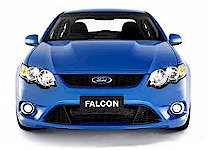 What about the Falcon I hear you saying? The 2014 Falcon will benefit from a range of environmental initiatives designed to reduce its CO2 footprint and improve the fuel efficiency.

Among the enhancements are improved aerodynamics, low-resistance tyres and a new high-tech six-speed automatic transmission that reduces size and weight. The transmission will provide better acceleration and provide adaptive shifting. This system analyses the driver’s personal driving style and conditions and implements optimal shifting when needed. 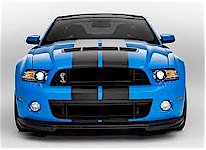 A right-hand drive Mustang! This will be marketed direct to buyers in Australia and New Zealand, this car has a historic connection with car people going all the way back to 1964.

The One Ford approach to global vehicles is opening the door for this part of the world to Ford’s best-ever portfolio of vehicles and giving buyers new reasons to look again at Ford. The Mustang is just one of these vehicles Ford trusts will bring customers through the door of their showrooms.