Home > Customer Service > News Updates > 2014 Articles > Ford Focus ST Facelift
The closest rival to the ever-enduring Volkswagen Golf GTI has just received a facelift and a technology upgrade. We’re talking about the hot Focus ST and Ford has added a diesel performance version to the line up for the first time. It was recently shown in the UK and we think it’s not due in this part of the world until the first quarter of 2015. The diesel version has not been confirmed for sale here in New Zealand yet and may only be sold in Europe. 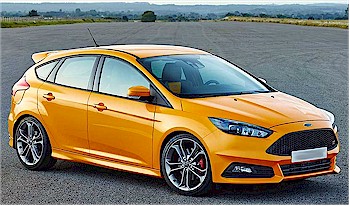 
The highlights include slimmer headlights and taillights, new bumpers and an optional 19-inch alloy wheel set. The standard 18-inch alloys have changed colour to a dark charcoal grey but the same wheel pattern continues.

Ford have made no changes to the 2.0L 4-cylinder turbo engine, it still outputs 184Kw and will do 0 to 100Km/h in 6.5 seconds. All the improvements are all about the way the Focus ST drives with re-tuning to the steering, suspension and the addition of Michelin Pilot Sport II tyres.

It’s not clear at this stage if any of these options will be available in Australia and New Zealand but Ford has added stop-start technology to the Focus ST. It cuts the engine out when idle in traffic and automatically restarts again when the clutch pedal is pressed. Impacting on the fuel economy from 7.4L/100km to 6.8L/100km. European customers will be able to buy the new Focus ST with black leather seats, bi-xenon headlights, cross-traffic alert system and automatic emergency braking up to 50km/h.

We have read that Ford is not likely to develop a dual-clutch gearbox for this generation Focus unlike that used in the VW Golf GTI. Ford have sold over 140,000 Focus ST’s in more than 40 countries since 2002 making this Focus along with other variants one of the biggest selling cars in the world today. 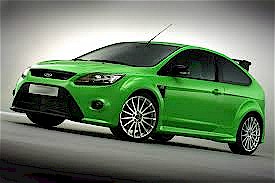 Meanwhile, rumors out of Europe and North America are saying that Ford is putting the finishing touches on the next generation of Focus RS. The Focus RS is reported to be powered by a turbocharged 2.3-litre four-cylinder engine the same used in the new Ford Mustang. Ford has yet to validate these reports or even confirm that there will be a new generation Focus RS but at least we know that the facelift Focus ST is on it’s way.