In the same way they award Oscars to actors in the film industry believe it or not there is an annual award for engines in the automotive industry. The International Engine of the Year is a competition for internal combustion engines and it’s judged by a panel of automobile journalists from around the world. The organisers are UKIP Media & Events Automotive Magazines and the competition has been running since 1999. The award is determined by using subjective driving impressions, along with technical knowledge, and takes into account other factors like, fuel economy, noise levels, smoothness, performance and drivability.

If you had to guess which engine would win in 2014 what would you pick? Most we think would go for some performance V8 or V12 or some exotic Ferrari, Lamborghini or Bugatti power plant but you would be quite wrong and the award goes to? 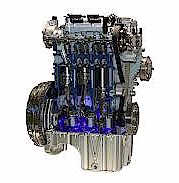 For an unprecedented third year running the judges agreed that the best engine in the world was the Ford 1.0L turbocharged three-cylinder petrol engine found in the Ford Fiesta and Focus and some other Ford models. This engine was a clear winner scoring 70 points more than second place and with fuel economy of 5L per 100Km’s, it has become a benchmark for others to follow. 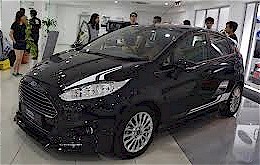 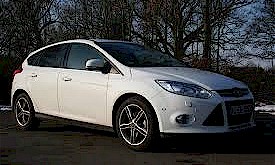 The co-chairman of the 16th Engine awards and editor of Engine Technology International magazine spoke about this year’s competition being the fiercest ever and how Ford’s 1.0L 3-cylinder EcoBoost engine continued to stand out from the others. Great refinement, surprising flexibility, excellent efficiency and engineering excellence were some of the characteristics this engine processed.

There are a number of different categories within the competition based on engine size and type. Ford took first place in the under 1.0L category as well as top place overall. The electric Tesla won the Green Engine award with the Model S' powertrain beating BMW’s i3. Mercedes picked up the Best New Engine title for AMG's 2.0L turbo and Ferrari took the Best Performance Engine in the above 4.0L awards for the fourth consecutive year.


Here are the top-nine overall engine winners for 2014: