Home > Customer Service > News Updates > 2014 Articles > N.Z. Car Stats for 2014
(Information Source: AutoTalk NZ)
There are many rumours and myths surround the issue of imported but unsold cars in the New Zealand market. People are saying that there are paddocks and warehouses of surplus new, used and imported vehicles lying around unable to be sold.

If fact there is a car park with more than 20,000 unsold new and used cars, a large number until you consider that this is only a little more than one month of New Zealand car sales.

In May 2014, a little over 18,000 cars were registered for the first time in New Zealand and also in May a little over 25,000 imported cars crossed our wharves making a surplus of around 7000 unsold cars. 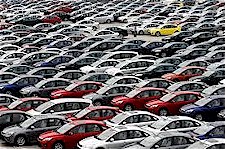 Inflating this 10,500 surplus figure is the fact that not all cars brought into NZ are eventually registered.
Some exemptions include: Figures can also be affected by the arrival of car carriers just before or just after the end of the month. In the first three months of the year more cars were registered than imported, but this changed drastically in April and May 2014.

I guess everyone will be wondering if the paddocks and warehouses will be filling up with unregistered cars and adding to the surplus or not as we continue into 2014.