The Ford Focus is about to be made a little closer to home. The manufacturing process will be moving from Germany to Thailand by the middle of 2012. 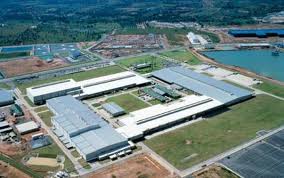 Ford is saying that this new Thailand facility once completed has the potential to support up to 11,000 new jobs; this will include 2,200 jobs directly at the plant and 8,800 indirectly through its dealer and supplier networks. There are currently around 1,600 workers already on-site preparing for the start of the vehicle production. The cost of this new plant was believed to be around US$450 or NZ$555 million.

The new factory was officially opened by Ford in April 2012 but a Thai built Focus won’t be rolling out the doors until June or July and not in show rooms for sale most likely until the third quarter of 2012.

We will also see the introduction of the FordSYNC in this new Focus. This is a voice-activated connectivity system. It was co-developed with Microsoft and uses Nuance Communications voice recognition technology. This allows anyone to bring a digital media player or Bluetooth enabled mobile phone into the vehicle and operate the device via voice commands or with the steering wheel’s redundant audio controls. FordSYNC is an agnostic software platform that connects with the vast majority of makes of Bluetooth enabled smart phones from all network service providers, plus digital music players and USB memory sticks. (check out the other article in this newsletter about FordSYNC). All the other specifications as well as the trim quality for the Ford Focus would be very much the same as the imported models we have seen direct from the German plant. 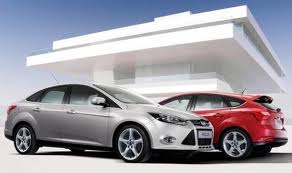 The high-performance Focus ST will continue to be sourced from Germany, but the plan is to produce the regular Ford Focus range in Thailand. Part of the thinking here is that the costs to make the Focus will be cheaper in this part of the world as Thailand is closer than Europe. Ford would announce the Focus price list and specification details closer to the arrival of the first cars later on in 2012.

The new Ford Thailand plant has the ability of lifting Ford’s annual Thai production capacity to 445,000 vehicles each year. That will make Ford one of the largest vehicle producers and exporters currently operating in Thailand. The versatile Ford plant will serve as the foundation for the long-term plan to introduce a bunch of all-new global “One Ford” vehicles to the region by 2015.

According to a Ford spokesman, the opening of this new, world-class facility is the latest example of Fords aggressive growth plan and commitment to this region. It will represent Ford’s largest industrial expansion in over 50 years.

The world-class “One Ford” vehicles produced here will be part of the plan to launch 50 new vehicles and powertrains in the Asian Pacific and African markets by 2015.