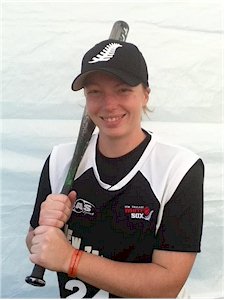 Our very own staff member, Rebecca Bromhead, has recently competed in the 2012 Women's Fastpitch World Championships representing New Zealand. Rebecca has been playing for New Zealand for many years, and this is the second world championship she has attended. It was with great honour that she was also selected to be the Co-captain of the team, and carried the New Zealand flag into the opening ceremony!

The New Zealand team is ranked 12th in the world going into these World Championships. The  teams in their pool were Japan, Australia, Chinese Taipei, Canada, Italy, Mexico and Great Britain.

Japan and Australia went on the win the gold and bronze medals. The team’s hopes of making the top 8 playoffs and their chance at a medal were lost with devastating losses to Italy 5-4, and to Chinese Taipei 2-1. In the end, the team was placed 11th, an improvement on their last ranking, but this definitely does not do their tournament justice. 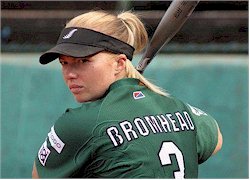 Rebecca overcame many struggles during the championship, including a badly bruised/swollen shin and being taken to hospital for IV antibiotics after contracting the “super bug”. She battled through the tournament with pure heart and great skill, playing every game except for a few innings. Even the hospital trip did not stop her from playing a game the same day!

Rebecca is currently travelling to Prague in the Czech Republic where she will spend the next few months playing professional softball and competing in the European Championships.

We want to wish her congratulations and all the best! So next time you are in at Advanced Parts, say hello to Rebecca and ask her how her softball is going.