The two big car makers in Australia, Ford and Holden have announced that they are going to support the major parts supplier Autodom after it was placed into receivership on 6 November 2012. This will ensure that both manufacturers can continue production of their Australian-made vehicles. It’s an act of unity not seen before between the two customary rivals. 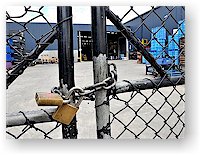 We understand that Ford and Holden have equally together underwritten the Autodom debt to the tune of around $A6.5 million in total.

This deal means it’s business back to normal for the Ford and Holden assembly plants around Australia. Also workers at Autodom’s subsidiaries aiAutomotive in Woodville, South Australia and Dair Industries in Dandenong and Gisborne, Victoria will be able to return to work.

The process is expected to take a few months to work out, but Ford and Holden don’t foresee any interruption to their parts supply or to the continuity of their vehicle production. Autodom supplies over 400 different components to Ford in Australia, about 100 to Holden and 2 for Toyota Australia for its new cars and some more for its spare parts division.

Holden is on record saying that the company’s collaboration with Ford was an encouraging show of the industry’s ability to pull together in the interest of the greater good.

The carmakers often talk about the broader effect of jobs in the industry reliant on Holden and Ford and this is an example of them ensuring that people can go back to work. The outcome will mean that a supply of parts into those plants will continue and a supply of vehicles will continue to be manufactured.

The receivers are saying that they will take time to look at which areas of the Autodom business they want to sell off. They said that we may see some kind of fragmentation of the previous Autodom company into various smaller parts companies and then those businesses may be offered for sale.

The receivers are on record saying that in the interim they will be liaising closely with the Autodom employees, unions, customers and suppliers to ensure minimal disruption to their operations and also to the Australian automotive industry. They are focused on the resumption of supply of critical components to Ford and Holden as soon as possible.