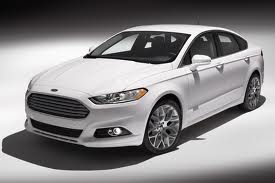 More news about the fifth-generation Mondeo, this will be an example of Fords global policy in the medium to large vehicle range. Europe will see it first when it goes on sale in the second half of 2013. We think it will be here some time later, however the sedan and wagon body style are unlikely to both be available until the first half of 2014.

Looks like Europe is going to see a Hybrid in the Mondeo line-up. It will have a 2.0-litre petrol engine and an electric motor. The Hybrid is all about delivering better fuel economy and lower CO2 emissions.

The Mondeo line-up that we will see will be far less varied. The 1.0-litre EcoBoost and the hybrid are not likely be sold here. Also don’t hold your breath on the diesel AWD as that model is planned for the colder European conditions.

Fords new global design styling attempts to use graceful lines along with decisive detailed features. The roofline has a flow to it while the wagon sports cleaver proportions and has a retractable glass roof.

The IT department influence continues to enter the motoring market with MyFord Touch. This is a voice-activated connectivity system used in most Ford models and included in the new Mondeo. It has a large eight-inch touchscreen with functions that include; audio, phone, navigation and climate control. It also has the ability to act as a WiFi hotspot for up to five different devices.