Home > Customer Service > News Updates > 2012 Articles > Some certainty for Holden
Well for the next 10 years anyway, that’s since the announcement just a few weeks ago that the Australian Federal Government will pour about $275 million of taxpayer dollars into the carmaker.
The Prime Minister of Australia, Ms. Julia Gillard has insisted that providing the subsidy is crucial for the Australian auto industry and the manufacturing sector as a group. She mentioned that using taxpayers' money to prop up the struggling Holden brand would eventually prove beneficial to the Australian economy. Holden, like many other manufacturers has suffered from a high Australian dollar and continued rising production costs. It has threatened to shut down its local operations altogether unless the government was committed to an assistance package beyond 2015. 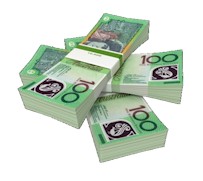 If we hold back from any assistance it would effectively kill the car industry and impact on the general manufacturing sector in Australia as a whole, an idea Ms. Gillard was not prepared to accept. She is calling it a, strategic co-investment and not a bailout, explaining that over the years ahead some $4 billion worth of new investments would be absorbed by the local economy via the car making industry. The industry itself is poised to generate and support thousands of employment opportunities nationwide, Ms. Gillard said.

The money is not all coming from the Australian federal government, the South Australia state government will pitch in with $50 million and the Victorian state government will find another $10 million, leaving $210 million for Ms. Gillard to find. Holden’s parent company, General Motors America, have promised to continue operating in Australia until 2022. GM will contribute the lion’s share of the so-called strategic co-investment, to the tune of $1 billion. According to Mike Devereux, the GM Holden chairman, any co-investment of this kind is critical for our industry and helps Australia compete against other car making countries that protect their industries through tariffs and financial support. 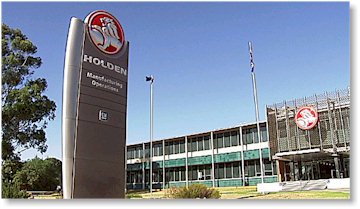 Two new Holden’s coming
Mr. Devereux explained, that Holden can now focus on rolling out two new vehicles from its Elizabeth assembly plant in South Australia. The new Australian-made cars will be world class and they will be underpinned by global architectures from within General Motors and bring new fuel-saving, connectivity and safety technologies to Holden’s vehicle portfolio. This investment will help Australia retain its capability to design, engineer and build cars with the new vehicles going into production in the second half of this decade. Be assured, this is a very sound investment and we are being very conservative, he added.

What about Commodore?
It looks like Holden have committed to produce the Commodore model until 2016 when most likely it will be replaced by one of GM’s models out of America. Holden currently builds around 90,000 vehicles a year at its Elizabeth plant in South Australia, split between the Cruze and Commodore.

In previous assistance arrangements, manufacturers have been required to commit something like $3 for every $1 of taxpayer money. So with this arrangement the taxpayer amount in the strategic co-investment deal between General Motors US and the Australian Taxpayers is closer to $1 for every $4. Maybe you could argue the taxpayer got off lightly, well only time will tell. 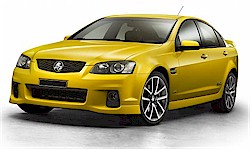 No matter how you look at this decision it’s likely to reignite the economic and political argument about subsidising failing industries. Do you need to protect jobs or should the focus be on investment into industries that can sustain their work practices and products for the times ahead?

The Australian government is on record and has long argued about the importance for Australia to have a local car industry, and that it warrants subsidising because it promotes high technology skills and jobs that are important in connected areas of the economy.

Holden is expected to confirm a possible export deal to sell Commodores into the America market, where the car will be re-badged as a Chevrolet. There has been some speculation that the Commodore would form the basis for Chevrolet's racecar in the famous NASCAR race series.

Change in buying habits
The three car makers in Australia, Ford, Holden and Toyota have seen their sales drop away as car buyers shift from the traditional bigger cars to the smaller more efficient vehicles and of course the rise

of the SUV. In January 2012, Ford, which manufactures in facilities in both Geelong and Broadmeadows, had committed to investing another $103 million into its struggling Falcon model. The Australian federal government has committed to $34 million and an estimated $19 million will come from the Victorian state government.

Not sure just how long these strategic co-investments can continue for or how deep the taxpayer pockets can stretch but I guess we will continue to see Falcons and Commodores around our streets for a few years yet.

Toyota is committed to manufacturing in Australian until 2017 after announcing in January 2012 that it was axing 350 jobs from its Altona plant. This is where the Camry and Aurion vehicles are built for both Australia and some other small export markets.