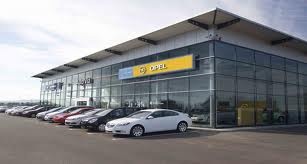 General Motors (GM) at the halfway point of 2012 have produced a profit of $US1.5 billion and hired another 3,000 workers. Not because it’s done well but because the losses for GM in Europe were lower than predicted. However you can’t say that GM's difficult European operation is sorted out. The GM dealers in Europe have too many vehicles to sell.

The fact is that before it restructured, GM followed a car-industry model of making too many vehicles at too high a cost and then selling them at too many dealerships for too low a price. That was never going to be sustainable.

The factories in Europe will have to reduce their production for the rest of 2012 so that dealers can sell off the existing stock. The outcome will mean lower income in the second half of 2012. At the same time the costs remain high because it has too many factories and not enough orders to keep them all busy.

GM has a new fixit specialist CEO in Europe, and appointed two key managers from VW. Negotiating has begun with union leaders to trim workers and factories so that costs can be brought under control.

GM's challenges are not limited to Europe. It is losing its market share in America falling to 18.0% in the first half of 2012, down from 20.0% just last year. GM is outlaying more on incentives, cash back deals and low-interest financing deals just to keep sales going. Asia remains strong and lucrative despite China’s slowdown.

But here’s the real problem! GM was unable to pour any real investment dollars into new product development during its spiral into bankruptcy. Therefore many of their products are dated, no longer competitive with the other vehicles on the market.

Real ground has been lost to rivals like Ford and Toyota. It can take up to three or four years to develop a new vehicle. In contrast Ford had borrowed heavily before the economic downturn and was able to keep up it’s spending. Ford has rolled out a series of hit products like the Fusion, Explorer and Focus.

GM have some new vehicles coming to the American market, including pickups and SUVs that should help make up some of its lost ground. Meanwhile the pressure to improve sales volumes is huge.

The profits in its North America division will likely be lower in the last half of 2012. Despite these concerns, post-bankruptcy GM is still fundamentally healthy. Its debts are much lower, it has more than $US30 billion in the bank. 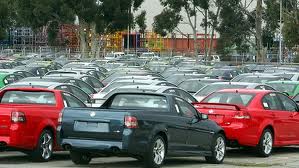 Looking at the General Motor’s operation in Australia, Holden is to close down its assembly lines at the Elizabeth plant in Adelaide. It will be for periods between September and Christmas 2012. It will impose what Holden has called "Market Response Days" to reduce production in response to the lower vehicle sales.

Holden workers will be told to stay home during this closure and they could opt to take long service or holiday leave if they wanted more pay during the time. Workers who aren't required to work would be on a 60% pay rate. Holden is saying that they have worked really closely with the unions to identify the best days. Holden wants to be flexible to deal with the fluctuating demand. 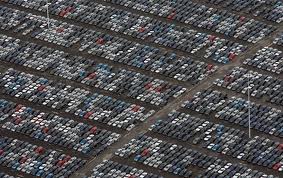 Australasia is one of the most competitive marketplaces in the world and it's no secret that it's a very tough environment to be working in. Currently vehicle sales have fallen back since the global recession and there remains uncertainty for the short term. Holden is also saying that it's really critical that they are able to take all kinds of measures and implement all kinds of market response tools and the majority of the workforce understands that. You can't have too many cars in the paddock, accumulating dust to then not be able to sell them down the track.