Home > Customer Service > News Updates > 2012 Articles > The Ford Fiesta ST
Ford is bringing a new hot-looking and even hotter performing Fiesta ST to the market place. It will most likely go on sale here some time next year. This will give Ford a cool looking hot hatchback to go up against the more expensive Polo GTI from VW and the super popular Suzuki Swift Sport.


A three-door Fiesta ST concept car was unveiled last September 2011 in Europe, and was followed 2 months later by the five-door version.

The recent launch of the Fiesta ST production car is the first official confirmation that Ford will actually go ahead and build this car. This was always going to happen. 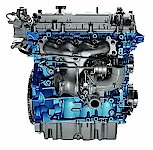 The turbocharged 1.6-litre EcoBoost petrol engine will power the new Ford Fiesta ST and produce 132kW of power. In its class it will come very close or even surpass some of its rivals for both power and performance. Ford is saying that the acceleration from 0-100km/h will be less than 7 seconds and it will have a top speed of over 220km/h.

Ford is also talking about the all-important issue, around fuel consumption and emissions, saying they are 20% lower than the previous Fiesta ST.

The Fiesta ST gets a specially tuned chassis that sits about 1.5cm lower than the standard Fiesta. Ford wanted significant ride and handling improvements over the previous model and did heaps of testing on the Nurburgring circuit in Germany to sort this out. They added Torque Vectoring Control and three electronic stability control modes to help achieve this.

The production version of the Fiesta ST has been shown in Europe in a three-door version for the first time. The red-hot small hatch will hit the European market in 2013, and is due to be sold in this part of the world, at the end of 2013.

To go with the hot-looking exterior, the Fiesta ST comes with sport style seating. Other goodies include; the Ford SYNC voice-activated in-car connectivity system. MyKey, a system that allows the owner to limit the car’s performance when a less experienced driver takes control.

All in all this looks like a great hot-hatch to look forward to seeing next year. A small car with plenty of character, performance and some great looks.

Why don’t you tell us what you think?