Home > Customer Service > News Updates > 2012 Articles > A 4 Cylinder Falcon
Well, you may have read about or seen the new Falcon FG MkII with the new Ford EcoBoost 4 cylinder petrol engine. If you were expecting something on the stranger side you may want to think again.

Most of us will struggle to get our heads around a 4-cylinder engine in a Ford Falcon. History has show that this has not been a successful pathway to take. Remember the gutless wonder Starfire 1.9L, 58kW that was sold in the late 1970’s and 1980’s inside the Holden VC Commodore. Not many fans or great memories remain from those days, it was nick named the misfire or backfire. 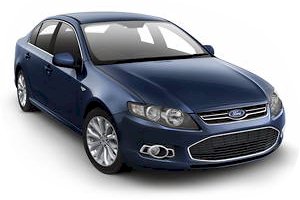 However, if current road test reports are to be believed or is any indication, the Falcon FG MkII with Ford's new direct-injected and turbocharged EcoBoost engine is about to address that history.

The new Ford Ecoboost under the hood of the Falcon, when lined up against the Ford I6 engine they are saying is almost directly comparable. The figures that we can see published for the new Falcon FG MkII EcoBoost were published at 7.6 seconds from 0-100km/h. 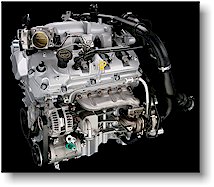 Figures for the otherwise identical Falcon G6 with the proven and very well respected I6 engine under the bonnet, were recorded 7.2 seconds for the same conditions 0-100km/h run. To see from the reports that the Ecoboost is less than half a second slower, hauling the same Falcon body under the same conditions, is amazing.

Ford Australia is staying very quiet currently on exact power and torque outputs, but the performance in the FG would suggest that there might be more than the 149kW from the Ecoboost power plant. It is possible that you would be hard pressed to believe that there are just four-cylinders at work under the Ford Falcon bonnet.