However the picture suggests that the new-look Falcon will follow the One Ford global design that is inherent in the new Ford Mondeo.

Ford, Holden and Toyota all have manufacturing operations in Australia and of these three, Ford has been given the shortest guaranteed manufacturing time period. Ford announced a co-investment with the Federal Government of Australia that would lead to upgraded models of the Falcon and Territory for 2014 and included a manufacturing commitment up to 2016.

Speculation and uncertainty about the future of vehicle manufacturing in Australia has intensified even more this year and has gone a step further just this week. One of Australia's main parts supplier to Ford, Holden and Toyota has just closed their doors. They are saying that the current down turn in vehicle sales means they can no longer sustain their operations.

Sales of the Ford Falcon have dropped off markedly in the past 24 months, and although Ford is still committed to the Falcon model the company couldn’t predict what sales would be like by 2016. 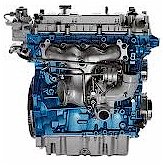 Ford Australia is pinning their future on this and the benefits that are starting to show from their EcoBoost technology. Smaller size, lower CO2 emissions and a more efficient engine is not always a trade off to performance.

If this strategy works we will see the survival of the bigger car. At least that's what Ford is hoping for.