Home > Customer Service > News Updates > 2012 Articles > The Top Ten Automotive Trends
What are the trends and features that are starting to emerge inside the automotive industry now and into the futhure?

We are seeing lots of innovation and new technology coming through and also being talked about. With new models that are stylish, fuel efficient and loaded with the latest technology. With tighter fuel economy mandates, car manufacturers are making greater use of engineering to deliver vehicles that are lighter, smaller and more efficient than ever before.

Here's what we see as the top ten new vehicle trends for 2013 and beyond.

1. LIGHTER AND STRONGER
We are beginning to see new materials being used in vehicles like, Carbon fibre, ten times stronger than steel but a quarter of its weight. Once we see the costs getting lower we will see  more adopting the material as standard. The benefits will lead to improved safety and fuel efficiency. The Ford Motor Company in partnership with Dow Chemicals expects to put carbon fibre into most of its vehicles by 2020.

Technology in our cars is here now but expect to see big changes over the next few years. Hands free for the phone has been around for years but hands free control of the vehicle computer systems, satellite navigation and media playing in all its forms will become commonplace. Expect to see voice control systems in place, meaning less time looking at the dash board, and more time looking at the road.

3. TALKING VEHICLES
This safety driven concept is being trailed and tested by some manufacturers. The idea of vehicles 'talking' to each other may seem a bit strange. With a network of connected vehicles comes the ability  to detect upcoming obstructions, know about traffic conditions and warn the driver where appropriate.
4. FUEL EFFICIENCY

This has been around for years but the current price at the petrol pumps is at record levels. As manufacturers roll out their electric and hybrids models, the tried and trusted combustion engine will have to get better in terms of efficiency, emissions and performance to remain a real option. 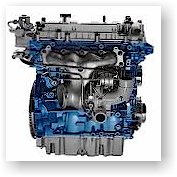 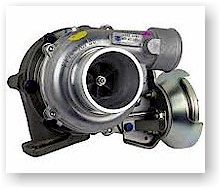 Turbocharged cars were more for the race track or drag strip. However the engineering around the turbocharger has improved and today’s turbo engines will hold up under the work load. Ford, Hyundai, GM, Nissan and others are placing this technology in their new models to be able to deliver smaller engines with more performance. 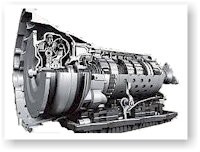 7. TRANSMISSIONS
Until the 1990's the 3 and 4 speed auto transmission with overdrive was standard.  By 2000 we saw a six-speed became the norm for car manufacturers. The six-speed is still around but Ford and Holden have announced a joint venture to develop a 9 and 10 speed transmission to deliver even better fuel economy. Manufacturers like Nissan, have successfully developed continuous variable transmissions once again targeted at better fuel economy.
8. ELECTRIC VEHICLES

The electric car, including hybrids, have not sold like hot cakes. The current sales figure for electric vehicles sits at just over 2 percent of all vehicles sold. We will see a greater use of plug-in hybrids as both Toyota and Ford introduce new models. A plug-in Prius and the Ford C-MAX will deliver exceptional fuel economy. Whether customers will be willing to pay a premium price remains to be seen. 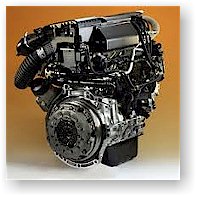 9. IMPROVED DIESEL TECHNOLOGY  (Diesel Engine Image)
Diesel technology has been transformed in recent years. Lower sulphur fuels; cleaner, more efficient engines; and more effective emission control technologies have made diesel a clean and efficient way to power all kinds of vehicles. As a result, clean diesel technology can help contribute to the sustainability of businesses, communities and individuals.
10. NAVIGATION

Navigation will become standard in nearly every car made. Today’s GPS navigation systems can be very useful. We are seeing all types of innovations with manufacturers like Renault, integrating TomTom with their systems, while others, such as Hyundai have developed proprietary systems that include emergency assist. More and more systems will include a rear view camera, bringing in yet one more safety innovation in today’s vehicles.
November 2012