Is the past catching the future?


Will hybrid and electric vehicles deliver the answer to the ever-rising cost of fuel?

The clever money from the carmakers is staying, at least for now, on a cleaner and more fuel-efficient internal combustion engine, what about you, where’s your money? 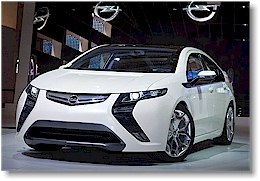 General Motors have developed the Chevrolet Volt, a small size petrol-electric hybrid that was launched just over a year ago. It is an excellent example as to why this technology is taking some time to gather any genuine momentum. The Volt was already experiencing poor sales in America even before the news broke that its on board batteries had actually caught fire in some crash testing. The Volt is likely to fall well short of its target sales of 10,000 units for the first year on the market, even though it gets large government subsidies. In reality, hybrids and electric vehicles are selling poorly almost everywhere they are offered.

The biggest challenge to this new technology is actually coming from the past. The tried and trusted internal combustion petrol and diesel powered vehicles. However there is one big change here. It’s the development by the carmakers of the cleaner and more fuel-efficient petrol and diesel engine.

Government’s in Europe, America and Australasia are planning (before 2025) to impose ever-greater restrictions on vehicle emissions. This is forcing carmakers to bet a dollar each way on the new and older technologies. Spending investment dollars on developing hybrids and electrics and at the same time spending dollars on the internal combustion engine, developing cleaner and more fuel-efficient versions.

Research and technology improvements mean that petrol and diesel powered vehicles will keep closing the cleaner emissions gap while hybrids and electric vehicles will keep climbing the cost ladder. This will continue to make them more expensive to own for many years to come. Some motoring experts are pointing toward the internal-combustion engine remaining king of the road for at least another 15 years, also pointing out that only 20% of vehicles sold in Europe will be a mixture of hybrid or full electric. 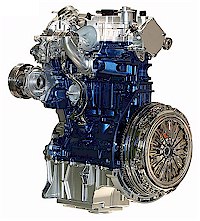 In 2012 Ford will be looking to offer a new small engine vehicle in Europe, it’s a 1,000cc, three-cylinder engine that performs as good as the current 1.6 litre engine yet uses around 20% less fuel. There is evidence that even the American car buyers are loosing their appetite for the bigger fuel guzzling engines. Whether those “good old boys” will buy a 1,000 cc 3-cylinder Ford Focus to replace their Ford F 150 truck or Mustang is another story for another time.

We have started seeing carmakers working together in this area to minimize the cost of this new technology. An example of this is that Toyota has agreed to work with Ford on a hybrid sport-utility vehicle, and also with BMW on both electric batteries and diesel engines. Carmakers are gathering forces behind the scenes seeking better ways to persuade motorists that hybrid and electric vehicles are affordable.
Hybrids and electrics will continue to stall carmakers’ profits for years to come. But they are proving to be a useful marketing tool. GM like other carmakers has found that adding the hybrid Volt to its model range is enticing into its showrooms the sort of young modern urban buyers who normally ignore American-made cars. Many balk at the Volt’s higher price even after a generous government subsidy, but some end up driving away in a cleaner more fuel-efficient petrol-engine car like the Cruze or Ford Focus, actually costing about half as much.

So what is the future looking like, well that’s any ones guess. My money is firmly for the next 10 – 15 years any way on the tried and trusted internal combustion engine. Whether it’s petrol or diesel carmakers will be hard at work producing smarter, smaller, cleaner and more fuel efficient engines to power our vehicles from mini’s to 4 wheel drive SUV’s. The infrastructure to support the internal combustion engine has been in place for well over 100 years and that doesn’t look like changing any time soon. There is no doubt that change is coming but so is the super efficient petrol and diesel engine. Why don’t you tell us what you think?