The latest Ford SZ Series Territory, on sale in New Zealand from May 2011, is an example of this. None more so than in the latest diesel powered SUV Territory. Ford is talking about fuel savings of around 30% or more from the previous model. The petrol-powered version is estimated to provide around 12% fuel saving. 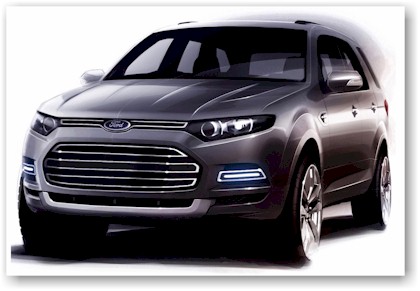 The new, long overdue 2.7 litre diesel V6 engine which comes from the Jaguar and Land Rover stable produces 140kW and has been engineered in Australia to meet the Euro IV emission regulations. Part of the reason for its efficiency is the lightness of the engine and it features a compacted graphite iron block.

The petrol engine models have the carry over 4 litre inline six cylinder engine used in the Ford Falcon. The engine produces 195kW and has a new cylinder head and inlet manifold, which combined bring the 12% fuel savings from the previous engine. The figures for the petrol engine come in at 10.6 litres per 100 km.

Safety upgrades for the Ford SZ Series Territory include five airbags including a driver knee airbag and an updated stability control system, version 9.0 by Bosch, incorporating an anti-roll-over function to enhance driver control. There have been some modifications to the power assisted steering to increase steering feel.


The rear of the car now features horizontal style tail lights, replacing the vertical lights on previous models. The higher specification models’ six-speed 6R80 automatic transmission produced by Ford in America is now standard on all Territory’s. Ford has also worked hard to cut down the cabin noise.