Home > Customer Service > News Updates > 2011 Articles > The Thailand Floods and the Holden Colorado
The massive flooding we have seen in the television news from Thailand is causing issues for some of the car industry here in Australia and New Zealand.

The final launch date of Holden’s new Colorado Ute is being put off until the flooding stops in Thailand and the factories that supply vital vehicle parts are once again operational. 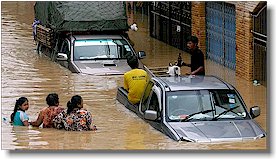 This has also effected the arrival dates of the Isuzu D-Max, which is closely related to the Holden Colorado. These are not the only Utes to be hit by the flooding but other Thai-built vehicles including the Nissan Navara, Toyota HiLux and the Mitsubishi Triton have also been put on hold.

There are many factories temporarily closed as a direct result of the flood disaster. In most cases it’s not the factories manufacturing the Utes that have been directly hit but a number of vehicle component suppliers that have had to shut down, creating a shortage of the vital vehicle parts.

The spin from the importers is that the supply disruptions are somewhat minor at this time, but the shortages could become more wide spread if the shutdowns continue.

Holden has taken its last shipments of the current model of Colorado and was gearing up for the arrival of the new model, which was planned for the second quarter of 2012.   However, Holden is not sure when the new Colorado Ute will now touch down in Australia and New Zealand and is waiting on the Thai factory management teams for information updates. 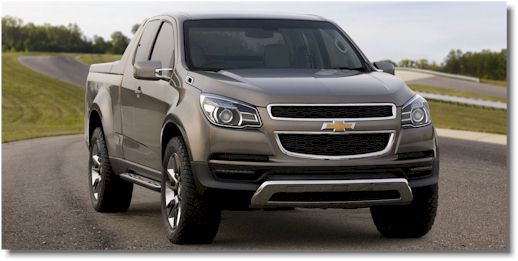 Holden are staying in constant contact because of the uncertainty and have highlighted the problem with the amount of second and third tier suppliers that have had their operations flood effected. The information coming from these suppliers is often patchy or limited at best as there is no official relationship structure between them and Holden Australia.

Holden’s executive director of sales and marketing, John Elsworth said that, “while these plants’ are currently closed, it is not clear whether the Colorado launch will be delayed. We haven’t got a delay on our current timetable, but if I was a betting man I would say it will be delayed by a couple of months.”
The new Isuzu D-Max was also due to be launched in the second quarter of 2012, but that could change.

The Isuzu Ute spokesman Cornelius Ionescu mentioned that the factory has been closed for two weeks, so he thinks there will be a ripple effect. He doesn’t know what the full effect will be, though.
While Holden is ordering no further stock of the existing Colorado, Isuzu Ute is still expecting a few final batches of the current D-Max model.

Ford and Mazda do not expect any significant delays to supplies of the BT-50 and Ranger, but its joint-venture factory has been affected by the same supplier constraints.

Toyota Australia has confirmed supplies of its recently refreshed HiLux will be disrupted, with its Thai plant closed until mid November 2011.  There will be some disruption to customers, said the Toyota spokeswoman Laura Hill. Half the planned October production of Toyota HiLux will be pushed back to November and half the November production will be pushed back to December 2011 in response to the supply problems.

Mitsubishi Australia hopes its position, as a major customer for the Triton Ute will put it at the top of the list when production gets back to normal. Nissan Australia, which expects some Navara stock shortages due to its plant shutdown, said production was expected to resume almost straight away.