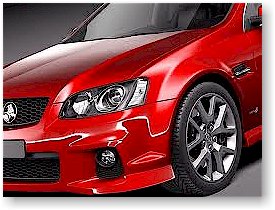 Holden in Australia has seen a solid sales performance in 2011 with the Commodore, returning to the top of the annual sales race in July this year. Figures released recently by the Federal Chamber of Automotive Industries in Australia, show that the Holden Commodore reclaimed market top spot and was also the best selling vehicle for the month. July’s figures show, 3551 units sold and a 53.2% share of the large vehicle market.

It was also good news for the Commodore’s little brother, the Australian built Holden Cruze. It’s also having a solid sales performance, with Australian sales over 3000 units for the second consecutive month this year. In the competitive small vehicle market, the Holden Cruze is the most fuel-efficient vehicle built in Australia. The Cruze was the number two in July 2011. It sold 3123 units, a 16.9% share of that market. This will be Cruzes’ best July sales performance since its launch in 2009. 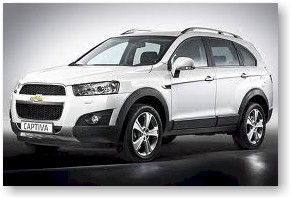 Another strong performing vehicle in the Holden stable is the Series II Captiva. It continued its steady performance with 1083 units sold. Made up of the Captiva 7 with 765 units and the Captiva 5 with 318 units. Overall, Holden recorded a very solid July 2011 with market share of 13.4%, selling a total of 10,819 units.

The Holden Director of Sales in Australia, Philip Brook, said July was a sound month for Holden across a number of models, which was reflected in Holden’s steady market share. Our strong July 2011 results come off the back of some great Australian built product. The Commodore sedan and Sportwagon models continue to draw plenty of attention in our showrooms while the customer reaction to the Series II Cruze has been quite phenomenal. We plan to build on this momentum in the second half of the year as we continue to roll out new models across the Holden range. Our next-generation Barina and locally designed Cruze hatch are just around the corner and we expect the launch of these models to cap off a strong year. Year-to-date, Holden has sold 73,389 vehicles and has a market share of 12.7%.

Sales of new cars in Australia jumped 10.5% last year to 1.04 million, only the third time that Australian new vehicle buyers have purchased more than a million vehicles in a 12-month period.

Under the guise of environmentalism, many older vehicles were removed from national fleets in exchange for a generous rebate against a new purchase; these were usually small and fuel-efficient, replacements.

With 2009 having been the worst sales year in over a decade in so many countries, some governments tried to stimulate sales of fuel-efficient cars by exempting them from their tiered taxes levied on new vehicle sales.

Even the economically shattered American market climbed in 2010. It was up 11% to 11.59 million units. It's a far cry from the heady pre-GFC days, when 17.4 million vehicles, SUVs, minivans and pick-up trucks found new American homes in 2000.

The same is true in Japan, even though the economy has been stalled for years. Japan’s vehicles sales rose 7.5% last year, to a total of 4,956,136 units, however this figure does include mini-vehicles.

New vehicle supply constraints due to the recent earthquake and tsunami in Japan have started to take hold in the market and it would appear to have taken the purchase focus away from new car sales.

The NZTA registration data shows the new vehicle market was down 1% on the corresponding time for 2010, with passenger vehicles down 7.1%. Commercial vehicle registrations however were up 22.6%.

Year to date sales for the overall market are still ahead of the corresponding 2010 period by a healthy 11%.

Mr. Kerr the Chief Executive Officer of the Motor Industry Association said some of the market volatility is driven by new vehicle supply constraints as a result of the Japanese Earthquake. The supply situation is changing daily as the Japanese motor industry takes positive action to address the component shortages. These are affecting the production both in Japan and in other markets. The impact of this on each MIA member will vary and within the short term, the next six months, some model lines and individual vehicles may be unavailable. Mr. Kerr went on to say he had full confidence in the Japanese industry to overcome all set backs and relatively quickly.

•    Toyota retained top spot in New Zealand for the month of April 2011 with 561 vehicle registrations giving it 13.1% market share, followed by Ford with 451 and Hyundai with 433.
•    Consistent sales of Hyundai’s i30 range have helped moved it into second place year to date for total passenger vehicle registrations.
•    The new Suzuki Swift was the top selling single model for the month with 248 units sold. This would strongly indicate the buying publics approval of the new model with the price point helping no doubt.
•    Year to date the Toyota Corolla remains the top selling model with 1,623 units sold followed by the Toyota Hilux with 1,277 units. The Suzuki Swift was in third place with 1,171.

Of significant interest is the registration of 27 new vehicles out of China.
Ateco Automotive NZ LIMITED has introduced the Chery brand to the New Zealand market. The two extremely competitively priced models available are the 2.0 litre 2WD crossover and a 1.3 litre hatchback. This will provide strong competition for those shopping in the used car market. Prices range from $21,990 and $23,990 for the crossover and $12,990 for the hatchback. A 3-year or 100km warranty is offered along with 24/7 roadside assistance. 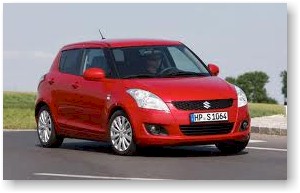 It may surprise you to know that the top ten selling models for April 2011 this year were as follows:
The top spot was the Suzuki Swift followed by the Toyota Corolla, Ford Mondeo, Holden Commodore and then the Hyundai i30.

The next 5 spots were filled by the Mazda 3, Mazda 6, Holden Captiva, Honda Jazz and in tenth place comes the Toyota Yaris.